SCAN was launched in Davao City, Philippines during the 1st Smoke-free Cities Regional Workshop in 2013. It was organized to bring together all cities, municipalities and provinces, and other different smoke-free settings, which includes heritage sites and cities in the ASEAN that are moving towards becoming smoke-free. SCAN provides a platform to share experiences and learn from the best practices on smoke-free of different cities, cities with different cultures but with a common goal. The establishment of SCAN has increased the awareness of the political leaders on the importance of creating and adopting strong smoke-free policies to make cities healthy and livable.

In 2015, the mayors and governors signed the pledge of commitment during the 3rd Smoke-free Cities Regional Workshop in Iloilo City, Philippines. SCAN officially accepted members coming from the 10 ASEAN countries. At present, there are more than 300 SCAN members. 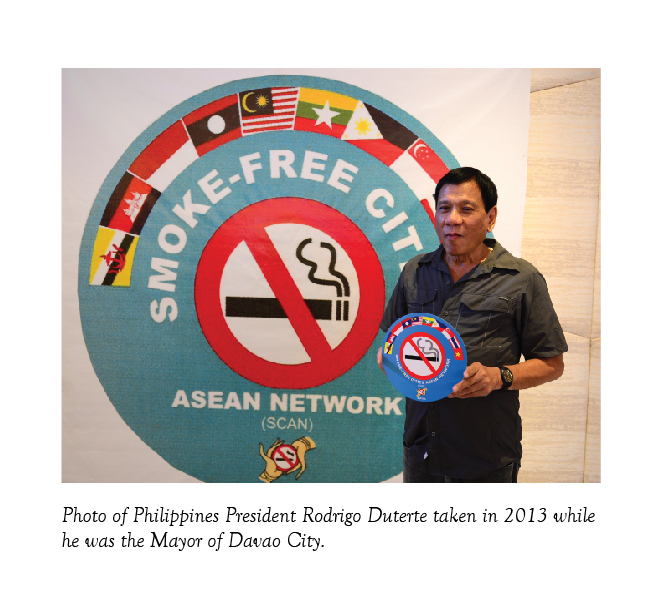 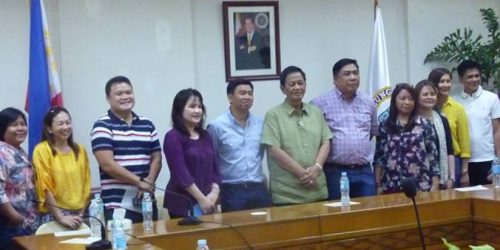 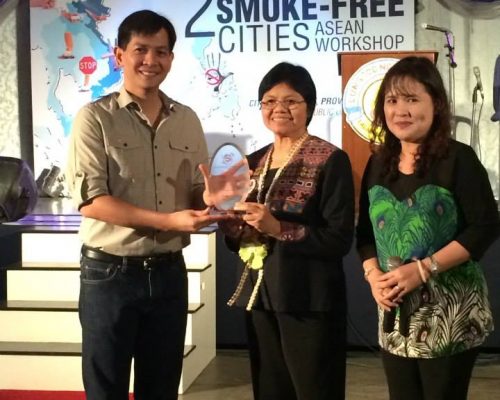 Balanga City, Bataan, Philippines/27 August 2014 – SEATCA presents the SEATCA ‘Smoke-free City’ Award to Balanga City Mayor Joet Garcia, for “Exemplary commitment to protecting the health of its people by making all enclosed places and outdoor places 100% smoke-free.” Last year, the award was given to the City of Davao.

WWe use cookies to analyze our traffic in order to give you the most relevant experience by remembering your preferences and repeat visits. By clicking "Accept all", you consent to our use of cookies, or visit "Cookie Settings" to provide a controlled consent.
Cookie SettingsAccept All
Manage consent

This website uses cookies to improve your experience while you navigate through the website. Out of these, the cookies that are categorized as necessary are stored on your browser as they are essential for the working of basic functionalities of the website. We also use third-party cookies that help us analyze and understand how you use this website. These cookies will be stored in your browser only with your consent. You also have the option to opt-out of these cookies. But opting out of some of these cookies may affect your browsing experience.
Necessary Always Enabled
Necessary cookies are absolutely essential for the website to function properly. These cookies ensure basic functionalities and security features of the website, anonymously.
Functional
Functional cookies help to perform certain functionalities like sharing the content of the website on social media platforms, collect feedbacks, and other third-party features.
Performance
Performance cookies are used to understand and analyze the key performance indexes of the website which helps in delivering a better user experience for the visitors.
Analytics
Analytical cookies are used to understand how visitors interact with the website. These cookies help provide information on metrics the number of visitors, bounce rate, traffic source, etc.
Advertisement
Advertisement cookies are used to provide visitors with relevant ads and marketing campaigns. These cookies track visitors across websites and collect information to provide customized ads.
Others
Other uncategorized cookies are those that are being analyzed and have not been classified into a category as yet.
SAVE & ACCEPT